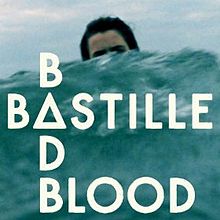 “Bad Blood” is a song by British band Bastille and the second single from their debut studio album of the same name. It was released as a single in the United Kingdom on 19 August 2012. Both “Bad Blood” and its B-side track “Haunt (Demo)” were included on their 2013 Haunt EP, along with “Pompeii” and “Overjoyed”.

A music video to accompany the release of “Bad Blood” was first released onto YouTube on 29 June 2012 at a total length of three minutes and thirty-four seconds. The video was directed by Olivier Groulx and features model Betty Jacobsson.