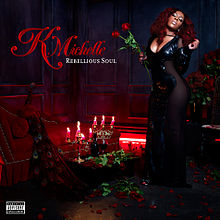 “Can’t Raise a Man” is a song by American R&B singer K. Michelle released on January 14, 2014. It is the second single from her debut studio album Rebellious Soul. Produced by Bridgetown, Troy Taylor, Ezekiel Lewis and written by Troy Taylor, Ezekiel Lewis, Menardini Timothee, and Najja McDowell. The song peaked at number 94 on the US Billboard Hot 100 chart, number 23 on the Hot R&B/Hip-Hop Songs chart, and number 15 on the US Hot R&B Songs chart.

Music video
The music video for the song was released on February 7, 2014 via YouTube and was directed by Benny Boom. It was shot at Great Falls (Passaic River) in Paterson.