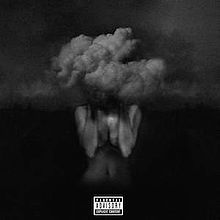 “I Don’t Fuck with You” (stylized as “I Don’t F**k with You” or simply “IDFWU”) is a song by American hip hop recording artist Big Sean released as the lead single from his upcoming third studio album due late 2014.

On September 12, 2014 Big Sean announced he had signed with Roc Nation for a management deal but that he is still with GOOD music. Later that day he released 4 new songs, “I Don’t Fuck with You”, “Paradise”, “4th Quarter” and “Jit/Juke”. Producers for these songs include, Mike Will Made It, DJ Mustard, Kanye West, DJ Dahi, Nate Fox, Da Internz, L&F, and Key Wane. The song was not intended as the first single but was chosen to be released after the reception it received. Sources indicate Sean wrote the song about ex-fiance, Glee star, Naya Rivera. However, he responded saying that it’s not necessarily just about one person but rather an anthem.

The official music video for “I Don’t Fuck with You” directed by Lawrence Lamont was released on November 6, 2014. It portrays Big Sean as a quarterback during a football game and makes no sense as he noticeably wears #88, more commonly a wide receiver number. The music video contains notable cameos by Kanye West, Teyana Taylor, DJ Mustard, Big Boy, and internet sensations :“Simone Shepherd” and “Khalil Underwood”.

Lewis: I Dont Fuck With You is Kylie’s favorite song.