Spanish Gypsies are known as Gitanos. The Gitano invented the guitar and flamenco music.

The city of Madrid, Spain, has passed a law that directly violates the rights of Gitano (Gypsy) street musicians.

The government claims that the law has nothing to do with discrimination against Gypsies and instead is aimed solely at regulating “noise pollution”. It is typical of Christian governments to claim non-religious reasons for obvious religious discrimination.

Madrid Mayor Ana Botella claims that she has received noise complaints from residents of Madrid’s dense medieval center. She claims that music ricochets around stone plazas packed with tourists and that music (instead of heavy traffic and construction noise) is the reaon that Madrid’s daily decibel levels are higher than those considered safe by the World Health Organization.

When the law was proposed in October 2013, David Erguido, a Madrid City Council member, stated, “We want to offer the best impression possible to tourists and allow local residents to get their rest too.”

The new law requires street musicians applying for a permit to audition before three-member panel of Roman Catholic civil servants. Further, the law requires that appointments for auditions be made only through the internet, because very few of the Gypsies of Spain (the Gitanos) have access to the internet. And who knows more about art and music than petty government bureaucrats?

Nadal and Yllera of the Potato Omelette Band hid a camera in their amplifier to record their audition before a municpal secretary and two music instructors from Madrid’s Conde Duque Cultural Center, where they sang “Oh, my poor Madrid, my city! They are kicking out musicians and artists, and rteplacing them with police. There is no jury better than the hat — the hat you put on the ground to collect donations.” The duo have become national heroes.

The Gitano Gypsies are famous for flamenco music, combining Indian, Greek, Roman, Persian, and Jewish music with their Gitano culture and music. The original purpose of flamenco music was to express protest against the Spanish Inquisition and the 1492 Explusion. Flamenco combines cante (singing), toque (guitar playing), baile (dancing), and palmas (handclaps).

The word Gitano comes from Egiptano, the Spanish term for Egyptian, just as the English word Gypsy comes from Egyptian.

Spain has a long history of oppressive laws and policies, intended to drive the Gypsies out of Spain. Romani (Gypsy) settlements were forcibly broken up and residents dispersed. Romanies were required to marry non-Roma. Gitanos were forbidden from using their language and rituals, including flaminco music (so, Madrid’s street musician law is not a new idea). Gitanos were prohibtted from public office and from guild membership. In 1794 the Spanish government carried out a nationwide raid, arresting all the Gypsies they could find and imprisoning them in labor camps.

Throughout the medieval era, England, Switzerland, and Denmark attempted to put all Romani to death, while Germany, Italy, Portugal, and Spain attempted to expel all Romani. It was typical of Christian churches to kidnap Roma children, cut off the ears of Gitanos women, and brand the Romani with hot irons.

For more than 500 years it was common throughout Europe to kidnap and enslave the Roma.

According to the BBC, the Romani were among the first targets of Nazi atrocities, with at least 2 million Romani dying in concentration camps and other means of Nazi extermination. This makes the Gypsies the second largest group killed in the Holocaust, after the Jews. Adolf Hitler wrte that the Gypsies were the lowest of all humans.

Writer Ian Hancock called the Gypsy Holocaust the Porajmos, which means devouring or destruction in some dialects of the Romani language. This term is rarely used by the Roma themselves.

At least 500,000 Roma were gassed in Nazi concentration camps. Many more died from the horrendous conditions in the camps, including widespread typhus, smallpox, and dysentery. Millions more were exiled, beaten, starved, and killed. At Buchenwald, 250 Roma children were used as guinea-pigs to test Zyklon-B. At Auschwitz, SS Captain Dr. Josef Mengele conducted medical experiments on slected human subjects from the 23,000 Roma, Sinti, and Lalleri at the complex. At least 3,500 adult and adolescent Roma prisoners were subjected to medical experiments at Auschwitz, Ravensbrück, Natzweiler-Struthof, and Saschsenhausen.

The Society for Threatened Peoples estimates the casualties at 277,100. Martin Gilbert estimates a total of more than 220,000 of the 700,000 Romani in Europe, including 15,000 (mainly from the Soviet Union) in Mauthausen in January-May 1945. The United States Holocaust Memorial Museum cites scholars that estimate the number of Sinti and Roma killed to lie between 220,000 and 500,000. Dr. Sybil Milton, a historian at the U.S. Holocaust Memorial Research Institute, estimated the number of lives lost as “something between a half-million and a million-and-a-half”.

On November 14, 1935, the Law for the Protection of Blood and Honour, a supplentary extension to the Nuremberg Laws, was passed, and specifically stated that the Romani were to be defined exactly twice as strict as any other group (including the Jews). The Reich Citizenship Law of March 7, 1936, stripped citizenship from non-Aryans, blacks, Romanies, and Jews.

After World War II, the Federal Republic of Germany (West Germany) determined that all of the meausres taken against the Roma before 1943 were legitimate official measures against persons committing criminal acts, not the result of policy driven by racial prejudice. In late 1979, the West German Federal Parliament finally ruled that the Nazi persecution of the Roma was racially motivated and authorized compensation for sufferng and loss under the Nazi regime. Of course, by that time, the vast majority of those eligible had already died. In 1982, West Germany finally acknowledged that the Roma were subjected to genocide.

Persecution of the Gypsies continued throughout the Soviet Union, and Czechoslovakia was still sterilizing Roma women well into the 1980s to limit the Romani population.

Currently, 25% of all women in the Spanish prison system are Gitanos, even though Gitanos make up only 1.4% of the total Spanish population.

European neo-Nazi groups continue to target the Romani. According to the Guardian, Italy denies social service housing to Roma families on the grounds that the makeshift metal containers in isolated Roma camps are already permanent housing. At the same time, the italian government has engaged in violent evictions of Roma camps since 2008, despite a ruling by Italy’s highest court that these government crackdowns are unlwaful. The Baltimore Sun reports that in 2013 the French have expelled at least 10,000 Roma after destroying their camps. In 2013, 70% of the Roma camps were razed. In one French city, local vigilantes set fire to a Roma settlement. French Interior Minister Jean-Marc Ayrault claimed that the 20,000 Roma in France have no intention of integrating and should all be expelled from France.

In October 2013 Leonarda Dibrani, a 15-year-old teenage Roma girl, was detained while on a school trip in France. She and her entire family were deported to Kosovo. Leonarda Dibrani said, “All my friends and my teacher were crying, some of them asked me if I had killed someone or stolen something as the polcie were looking for me. When the police reached the bus they told me to get out and that I had to go back to Kosovo.” Her teacher confirmed through the Network for Education without Borders (RESF) that the other children were deeply distressed by the incident.

Leonarda Dibrani told a Kosovan news agency (in French), “I’m frightened, I don’t speak Albanian. My life is in France. I don’t want to go to school here because I don’t speak any of the local languages.”

“This community crosses time and space with its traditions, and we in Europe have trouble to integrate them,” Alain Behr, a lawyer who has defended the Roma, told The New York Times. “Yet they have preserved their tradition, which is one of survival.”

European hatred of the Gypsies has become widespread, with complaints that Gypsies never work, are dirty and unhygienic, Gypsy camps ruin the countryside, Gypsy children never attend school, and that most of the Roma are drug dealers and pick-pockets.

European Christians claim that the Roma, like the Jews, were responsible for Jesus’s crucificion. Jews, Gypsies, and Witches were falsely acussed of the Blood Libel, the claim that they kidnapped Christian children in order to cook them (cannibalism).

The ancient Egyptians considered music to be of divine origin. 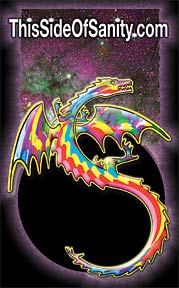